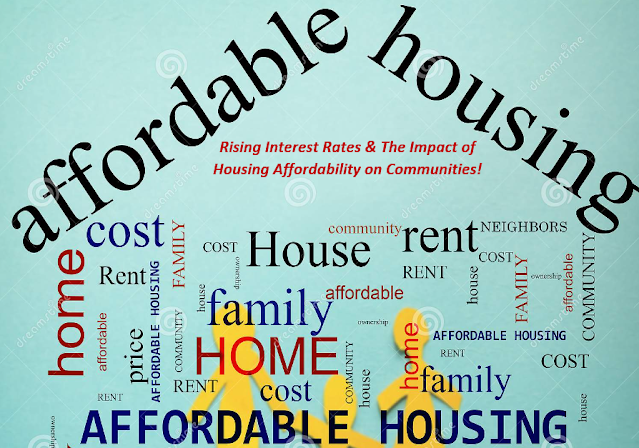 Higher rates have made it harder for developers to get started on new projects. Because they now need twice as much money to do so. They could even make it impossible to finish projects that have already been approved.

And a quarter-point increase in the interest rate, would make it too expensive for about 1.1 million households to buy a new home. With a median price of $412,506 in 2022 and a 30-year fixed-rate mortgage rate of 3.5%. As mortgage interest rates go up, so do monthly mortgage payments. This means that a higher household income threshold is needed to qualify for a mortgage loan.

People think that the moderate rise in interest rates will be enough to keep inflation in check. Since households are sensitive to rising rates because they have so much debt. A recent look at closed sales in Toronto shows, that they are still doing well, but new sales aren’t doing as well.

One Canadian family’s moving day has come, and like many Canadians who have sold their homes recently. They got less money than they had anticipated. This family estimated that they had lost around $150,000, but they thought that they had not really lost the money. Since it was not theirs to begin with.

Three weeks previously the family had put down a deposit on a new construction home. And it seemed that this would be their permanent home. With the market as it was, we expected to be able to sell this property for not too much less than the new house price. But the market had other plans.

From the all-time peak in February 2022, the average house price in June was $665,000. This is a decrease of more than $150,000. Things rose too quickly and too far, so it was inevitable that the pendulum would swing back.

Even the most expensive property market in Canada has started to see price declines in recent months.. Because we just don’t have enough housing and affordable housing for the people who live here. And a large portion of the problem is at the lower end of the market, where the Canadian family knows. It’s a privilege to be in the market at all.

We would not have been able to afford that if we did not already own a house. For those who missed the market top, seeing prices tumble will be a painful pill to take. As analysts predict interest rates will continue to increase and prices will continue to decline.

If you have been considering purchasing, selling, or renting your home or have avoided the notion due to a negative experience, let Arsh Syed, a real estate agent in Toronto, manage the transaction.

Arsh wants property owners to know that by hiring him, they are drastically reducing risks, saving time, and saving money.

For further information about his services, please visit www.arshsyed.ca/ or contact (416) 844-2217.